Bailey: “I was on a drug, it’s called J. Michael Bailey” 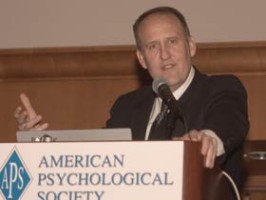 EVANSTON – Controversial NU psychology professor J. Michael Bailey was under attack again today for his approval of a live sex demonstration at an after class event. Critics in and out of the psychology world say Bailey crossed an ethical line, one that should result in punishment for him and Northwestern University.

“I was on a drug,” Bailey told Flipside investigators, “it’s called J. Michael Bailey. It’s not available because if you try it once, you’ll have an orgasm three times in ten minutes.”

The nature of Dr. Bailey’s course is controversial in itself, yet most students who take the course have an open mind. A crazed hormone-filled mind.

“The fact that it was an after class event and that we were warned makes it acceptable,” explained Sarah Crick, a WCAS sophomore present at the after class event. “Besides, I found it to be, well, very educational. Also, this is another reason we’re so much cooler than the University of Chicago.”

Bailey understands the criticism, but told WGN Chicago that he has yet to find any convincing argument against him.

“No one has given a good reason why I shouldn’t have allowed this. Really, it’s about winning. A win for education. Duh.”