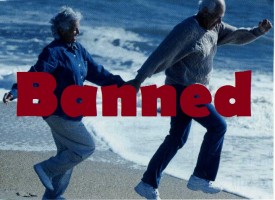 EVANSTON — Evanston officials announced earlier today that an outdated law banning skipping anywhere in the city will be reinstated starting next month.

“Anyone found moving in a light, springy manner by bounding forward with alternate hops on each foot will be arrested,” said Jerry Murton, Evanston’s Division Manager of Building and Inspection Services, at a press conference. “Whether the perpetrator is seen skipping in a store, on the street or in their own home, whether they are 6 years old or 60, they must serve a mandatory 12-day prison sentence.”

Increased numbers of police officers will be stationed near parks and elementary schools starting March 1 to keep an eye on the most likely offenders.

“We’re aware that the law hasn’t been enforced in 87 years, but the incessant laughter from skipping hooligans is really starting to annoy older Evanston residents,” Murton said.

Five seconds after Murton’s announcement was made, other Evanston officials retracted the statements.

“I don’t know what you’re talking about,” said Evanston mayor Isabel Wisbale.  “We never said that.  I don’t know where you got the idea that we were going to reinforce the no skipping law.  Jerry Murton?  Oh, don’t worry about him, he doesn’t work here anymore.  I can assure you we’re not going to go out and search for skippers.  But if you were going to blatantly start skipping right in front of an officer. . . well, I would advice against it.”