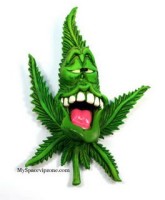 EVANSTON – Last week, police were stunned at what they found at a Northwestern fraternity house when they happened upon a bag of marijuana and two pieces of drug paraphernalia. Police entered the house when a “faulty” smoke detector went off.

When asked about the situation Chief of Police Bill Carter said, he was “perplexed” by it all. He added, “It was just a normal day, I wrote the date, April 20th, in my ledger like any other. I did not expect there to be drug paraphernalia at the address.”

The president of the guilty fraternity was unavailable for comment, but Jack Jones, the head of the Inter-Fraternity Council, spoke with the Flipside. “This is the first time in all of my years, that I have seen marijuana at a fraternity house. I would expect this kind of conduct from the sororities, but never a fraternity.” He continued, “we only let morally upstanding young gentlemen join our fraternities. This is an outrage, and it reflects poorly on the entire Greek community.”

Reaction in the stoner community has varied greatly from giggling fits to extreme hunger. As avid pot enthusiast Anita Bonghit notes “it’s just crazy, man, that they would like find marijuana there, man. I want some Cheetos, do you have any Cheetos?” she later asked.

As of press time, the fraternity in question seems to have patched things up with Evanston PD by baking dessert for all of the officers, including a batch of their “famous” homemade brownies.