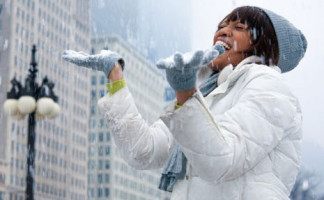 EVANSTON – With January halfway over, Northwestern University experienced its first snowfall of winter quarter last Thursday, much to the excitement of stupid, stupid freshmen.

“I am, like, so excited for all this snow!” exclaimed well-meaning-yet-slightly-dim Weinberg freshman Jessica Garber. “I grew up in SoCal, so I’m super pumped for this snowfall. Literally every upperclassman I know has told me how shitty the weather gets here, but I’m sure the snow will be awesome forever.”

“Snow is so unbelievably fun,” says the inexperienced freshman Jonathan Tam. “The first thing I’m going to do is build a snowman, then have a snowball fight, then maybe even make an igloo.”

“And I am definitely going to continue doing these activities until the spring, because I am absolutely NEVER going to get bored of snow!” he continues.

According to reports from other universities, such as University of Chicago, University of Colorado, and McGill University, freshmen across higher education are similarly excited over the prospect of having to wade through frozen water covering every imaginable outdoor surface for the next several months.

Scientists here at Northwestern are working diligently to find the reason behind stupid freshmen’s excitement at the prospect of being completely surrounded by a cold, wet, omnipresent substance.

One researcher, Dr. David Summerfeld, notes: “All we know is that sometime between now and March, freshmen will go through a metamorphosis, much like that of a caterpillar, where they develop a healthier fear-and-hate relationship with the snow, just as nature intended. What evolutionary purpose the first-snowfall naïvete serves is still a baffling adaptation.”