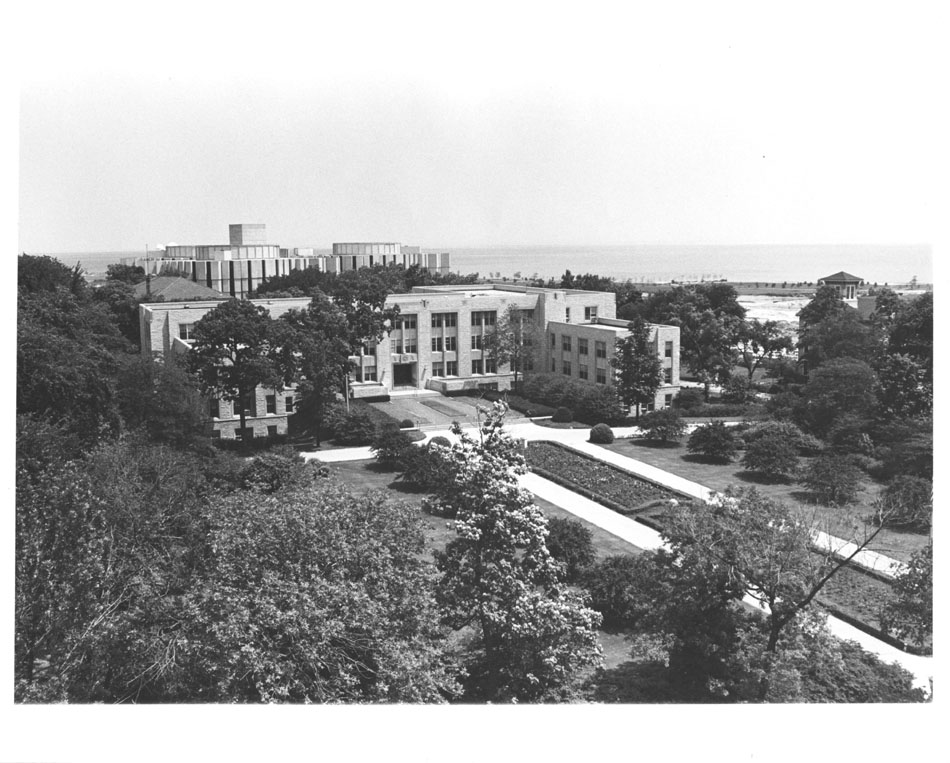 EVANSTON — No, that new monstrosity next to University Hall isn’t a tenement! It’s just Northwestern’s newest building: Kresge Hall. The magnificent structure opened its doors just yesterday, and boy is it a sight to see!

Kresge Hall can seat a staggering 1300 students in more than 30 classrooms, but the crowning jewel of this freshly minted structural feat is the architecture. The decision to house the classics department there is manifested in the clear Greco-Roman influence in the building’s façade, yet the lack of columns adorning the sides says, “I’m experienced, but I’m still youthful and energetic.”

Kresge’s beautiful interior is characterized by a charmingly utilitarian combination of linoleum tiles and cinderblock walls. These design decisions give the hall a warm, homey feel for those who come to our university from more disadvantaged backgrounds, like the Irish. Anything that can be done to make classrooms feel as soulless and dead as a proletarian family should be encouraged in order to ensure that minority students have a smooth transition to life on campus. After all, how uncomfortable they must feel in the grand foyer of Bobb-McCullough!

The most outstanding aspect of the hall, though, is that it is already being looked at by Chicago Mayor William Hale Thompson as inspiration for new public schools. Thompson said that the design of Kresge Hall, created by architecture firm Holabird, Root & Burgee, “would be the perfect blueprint for schools in the inner city.”