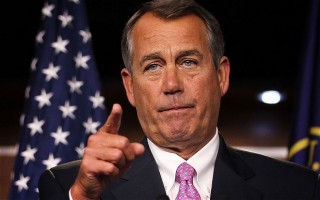 WASHINGTON — One of America’s most contentious issues resulted in a bitter showdown in the Capitol building last week, and conservatism finally came out on top. Discriminatory employers and masochistic male chauvinists alike rejoiced when House Republicans once again managed to reject a bill that threatened the very core of American inequality.

This legislation, had it been accepted, would have been a crucial victory for women in the workplace. Ensuring equal pay has been somewhat of a crusade for the fairer sex, an endeavor conservatives have promised to halt in its tracks.

After many hours of debate and deliberation, the final vote showed that all women, minorities, and devout liberals supported the bill, while an overwhelming majority of white males voted against it. These demographics once again reiterate the unmasked self-interest of these historically oppressed groups as well as the unwavering devotion Republicans have to their largest donors and anti-feminist conservative constituents.

“Look, America was founded on great things,” slurred Speaker of the House John Boehner while perusing Mitt Romney’s binders full of women. “Some of those things are deep oppression, segregation, and inequality. I consider myself to be true to these morals.”

Statistics in the proposed bill reported that women earn far less than men when performing the same amount of work. Representative Brett Guthrie said, “Look, a man makes a dollar and a woman makes sixty cents. That’s following the three-fifths compromise to a T. I don’t see what the big deal is.”

Reactions among women have been highly varied, ranging from anger to pure fury. Republicans have voted to remedy this flux of emotion by placing women’s hormones under the control of more-qualified conservative white men.