Opinion: Percy the Gay Stoner Would Have, But He Forgot 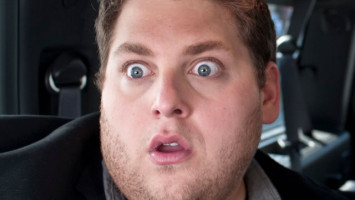 By Percy the Gay Stoner

Oh shit you guys, was that campaign thing supposed to start already? Dude, I totally spaced, which sucks because I was actually excited about raising 3.75 bil for Northwestern. This reminds me of that time I was saving up to buy this killer piece, but then I realized the guy that was selling it moved to Portland. At least I’m pretty sure it was Portland . . . but I’m getting off track.

Even though I missed the deadline for the campaign launch, I’m still really stoked about what all this mad cash can bring to Northwestern. I like how the campaign uses words like “creative” and “vibrant” to show that they are going to spend the money in really visible ways. Much like magic mushrooms, the “We Will” campaign should bring everyone together and show us the beauty of our campus, and it’ll also last a super long time.

The fundraising technique sounds really cooperative, incorporating a ton of different donors. In the same way that my favorite local co-op, The Village Carrot, fosters a vibrant local community while providing delicious locally sourced products, which in turn promotes a more sustainable world, the “We Will” campaign will do that stuff too. Well, minus the food part probably. And I don’t think many of the donors are local, so there goes that too. Plus, I’m not sure if there’s anything in their plan about sustainability, but I’m sure they’ve thought about it. Anyway, yeah, cooperation.

Basically, even though I’m not exactly an expert on large-scale fundraising, I have a lot of opinions based loosely on kind-of related facts, which make me think the “We Will” campaign is going to be a really transformative experience. As an alumnus myself I . . . wait, you want HOW MUCH from me?! What, the handcrafted artisanal pot-holder I mailed to Morty in 2009 isn’t enough for you? I WEAVED IT MYSELF. People just don’t appreciate individuality anymore. I move that we officially rename the campaign “We Would Have, But We Forget, Then Realized It Sucked, So Now We Won’t.” Your move, Morty. Also I want my potholder back.