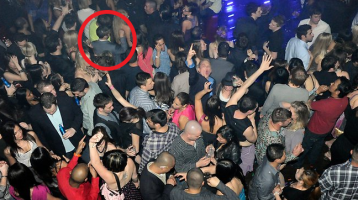 MARK II LOUNGE – President Barack Obama visited Northwestern undergraduate hangout The Mark II Lounge this Thursday as a part of his tour on the American economy.

After speaking on-campus earlier in the day, the President was able to continue his visit by experiencing what American institutions of higher learning are really about. Using his motorcade in place of an Uber, the leader of the free world saw no reason not to indulge in $3 beers. With Secret Service director Julia Pierson resigned, the President was finally able to let loose and join the throngs of thirsty freshmen.

“The Deuce is one cornerstone of a foundation for growth, prosperity and generally sloppy behavior,” Obama said. “Because if being American means anything, it means being incredibly hungover in Friday discussion section.”