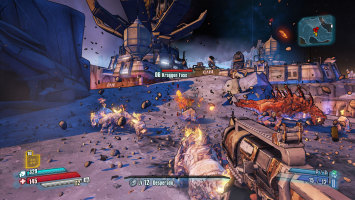 EVANSTON – Kevin di Sol, WCAS ’17, rose triumphantly from his desk early Wednesday morning, gingerly closed his Lenovo, glanced over at his clock, and let out the sigh only a pre-med student who had just realized his life was over could breath.

On Tuesday, despite knowing that his organic chemistry class had a midterm later that night, di Sol opted for a short game of Borderlands: The Pre Sequel which then devolved into a sixteen-hour time commitment. The on-screen carnage continued straight through his scheduled exam time and into the next morning. di Sol explained with bleary eyes, “I just sat down for a couple hours of jetpacks and silliness, and I just lost track of time while trying to save the world. Take back the Helios. Whatever. I beat it. YOLO.” He then proceeded to curl up into something closely resembling the fetal position.

When asked whether di Sol could make up his exam, Lecturer Emeritus Dan Jurgens said, “Survival of the fittest, my friend. Pre-meds be damned.”

The implications for being anything less than perfect in organic chemistry are immense. According to super senior Gordy Yung, WCAS ’∞, “It’s crazy. That class. You mess up a single question, you gotta go back through the material and ask yourself, why the fuck would a doctor need to know about dihydrogen oxide?”