“Walk of Shame” to be featured in Campus Tours 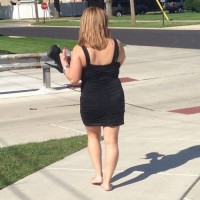 EVASNTON — In anticipation for the prospective student-centered Wildcat Days, Director of Undergraduate Admission Marsha Thornton announced last week the office’s decision to include a simulated walk of shame on each campus tour.

After a discussion about meal plans in Norris, tour guides are now instructed to take all tour groups up to the Tappa Tappa Keg house on North Campus. There, prospies will exchange their shoes for a pair of three-inch heels while the tour guide speaks about the philanthropy and service in which all Greek organizations engage. From there, the tours will be led down Sheridan Road to one of several South Campus residence halls, while current students give them disapproving looks. Thornton insisted that this experience will show prospective students what being a Wildcat is really like, and as a result the yield rates of accepted students will soar.

In addition to the recent change in campus tour programming, multiple sources have confirmed that this is just the first step towards emulating a true Northwestern experience with campus tours, with other additions being considered such as opportunities to watch Frontera close before dinner or take a thermodynamics midterm.