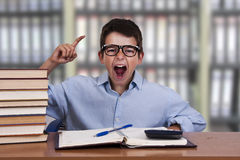 Eyewitness reports allege Morrow spends every day at around 2 p.m. alone in Mudd, screaming at the ceiling while receiving passive aggressive glares from bewildered students hoping to shut him up. Reports also claim Morrow has, among other places, been found in Deering Meadow screeching at the sun, sobbing in the corner during parties at Delta Chi, and wailing in despair while on the toilet.

The Flipside has reached out to Morrow for comment, but he’s busy. With the screaming. On Northwestern’s arcane tradition, opinion remains divided.

“Ultimately, I think we’re all better off if whiny bitches like Craigery just synchronized their screams, for efficiency’s sake,” said librarian and professional shusher Rita Lotte.

Primal Scream student organizers are attempting to reach out to Morrow, saying, “he’s the most qualified candidate we’ve seen in years.” Information on his whereabouts should be screamed into a glass jar and sent adrift on the lakefill.