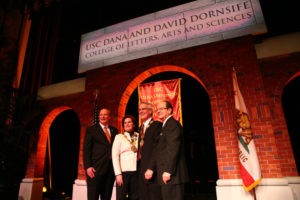 On Tuesday federal prosecutors charged 50 people whom the FBI found to be bribing top universities for their children’s admission. What is even more shocking is that all of these bribes were known under the same covert name: “Alumni Donations.”

FBI special agent Dan Gregory says that the operation took months of investigation. “This case was a tough one to crack,” he says, “It took 100 agents with very cool magnifying glasses and two K-9 units to get the job done.”

Gregory says he and his team knew they were onto something when they found that every school they investigated had a list of “Alumni Donors.” The team figured that it must be a very secretive, but vast, network of bribes across the nation.

“We had almost given up the case. Then one day, when we were standing in front of Stanford University’s Robert Crown Law Library, I looked down at the class database and found 20 students with the last name ‘Crown,’” says FBI special agent Susan Phillips, “I don’t think anyone else could have noticed that.”

Gregory was worried the public wouldn’t quite understand the connection. “I know they may get confused by the intricacies of federal investigations. Being an FBI agent is a daunting task, and this case was no exception” he says.

Philips even let slip the team’s next big case: “We have found an even more extensive network of bribes wherein companies and individuals give money to politicians. It is known underground as ‘campaign donations.’”