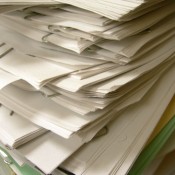 EVANSTON – A team of students from Northwestern’s Medill School of Journalism released a report Tuesday revealing a widespread conspiracy by the University of Chicago to suck the fun out of Evanston. According to the report, numerous members of the Evanston City Council had close ties to UChicago, whose students often jokingly refer to their alma mater as “where fun goes to die.” The administrators apparently received substantial campaign contributions from members of the university’s administration. In turn, the UChicago