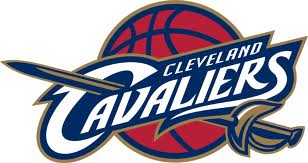 10. Fred Armisen’s impersonation of Barack Obama on Saturday Night Live– Just because you speak with a staccato doesn’t make it a Barack Obama impersonation. Neither does dressing in blackface, which I had to learn the hard way.

9. Lebron James’ reputation- The only positive about the Cavaliers losing is that with every loss, more people begin to draw Hitler mustaches on Lebron James basketball cards.

8. Home Away’s Super Bowl Commercial- You might know this commercial better as “the one where they smashed the baby against a glass window!” Honestly, who’s the marketing genius who thought killing babies was a good way to sell vacation rentals?

7. “A Shore Thing” by Nicole “Snooki” Polizzi- I think this one’s pretty self-explanatory.

6. Tunisia’s timing- Right when it looked like Tunisia was about to get it’s 15 minutes of fame, Egypt just had to overshadow them. It’s like Tunisia just got suspended from school and came home to tell his parents, only to find out Big Brother Egypt got indicted for manslaughter.

5. Internet runs out of IP Addresses- Does this mean I have to forward my emails to a P.O. Box?

4. Facebook going down at Northwestern- Northwestern students finally knew how it felt to live in Somalia, where the consequence for poking someone is execution.

3. Sputnik- Isn’t it amazing that Sarah Palin can take one of the great technological milestones of the 20th Century and make it overrated? I wonder if we’ll look back on anything or anyone in 50 years and wonder, “What was all that hype about?”

2. Christina Aguilera- Her new movie “Burlesque” answered the question, “If we take a
horrible movie and throw in a couple of divas, do you think we can still get a Golden Globe Nomination?” Her performance of the Star-Spangled Banner answered the question, “Is it possible to forget the words of the National Anthem even if it’s your 10,000th time performing it live?”

1. The condition of Charlie Sheen’s liver- This is, of course, assuming Charlie Sheen still in fact HAS a liver.

10. 2011-2012 Cavaliers: unless they get an amazing draft pick, like the next Lebron James or something, doesn’t seem like things are going to get any better.

8. Charlie Sheen’s Life Coach: Some of the worst coaching in the history of coaching.

7. Golf without Tiger: Crickets and birds chirp in the background.

6. XFL, WFL, CFL, USFL: remember these? Nope, therefore they must have been bad.

5. Chicago Cubs: At least they have a Championship title, even if it was before WWI.

4. The New York Islanders: There is nothing worse than being irrelevant.

3. 2008 Detroit Lions: Lost every single football game they played in 2008 after going 4 and 0 in the preseason. Gotta save some for the real games next time.

1. Cleveland Browns and Indians: If it wasn’t clear already, Cleveland sucks at sports.