Al-Qaeda Admit That Mark Wahlberg Would Have Kicked Their Asses 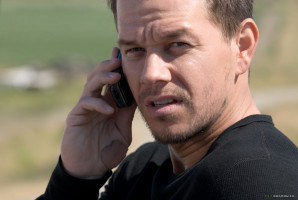 MIRANSHAH, PAKISTAN – Senior Al-Qaeda leaders admitted today that Oscar-nominated actor Mark Wahlberg would have totally kicked their asses had the stage-choreography-trained thespian been present to thwart all three simultaneous 9/11 hijackings. After Wahlberg claimed that “[the hijacking] wouldn’t have went down like it did” in a Men’s Journal interview, Al-Qaeda spokesmen ceded that years of planning and use of terror tactics would have completely unraveled in the steely, unsmiling face of the Contraband star.

According to a joint Homeland Security/Wahlberg report, after single-handedly subduing terrorists aboard LA-bound Flight 11, Wahlberg would have paused to sign autographs and discuss how he “so should’ve won [an Academy Award] for Three Kings”. As the plane’s captains positioned their cabin above Flight 175 (also LA-bound), Wahlberg would have courageously leapt from plane to plane, presumably while shirtless.

Leaving a single terrorist alive long enough for questioning, Wahlberg would have barked “WHERE IS MY WIFE?!?!?” in the hijacker’s face before remembering that he was unmarried.

At this point Wahlberg would have radioed United Flight 93, ordering hijackers to surrender or “prepare for a world of pain”. A hasty landing would be made at JFK International Airport minutes later. Wahlberg would then arrive in LA just in time to accept an Oscar for The Departed, despite the film not premiering until 2006. His acceptance speech would bring the audience to tears.

Not all Al-Qaeda soldiers were enthused by the report, many challenging Wahlberg to an “Air Force One-off” on the actor’s private jet, a challenge which the actor eagerly accepted. Originally scheduled for early February, the hypothetical rematch has reportedly been pushed back so that Jason Statham can free up his schedule.