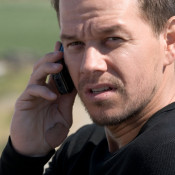 Al-Qaeda Admit That Mark Wahlberg Would Have Kicked Their Asses

After Wahlberg claimed that “[the hijacking] wouldn’t have went down like it did” in a Men’s Journal interview, Al-Qaeda spokesmen ceded that years of planning and use of terror tactics would have completely unraveled in the steely, unsmiling face of the Contraband star. 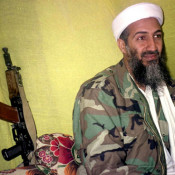 Bin Laden Dead at 54; Just One Week from Retirement

“’What’s the worst that could happen? One week from now I’ll be in Cabo working on my tan. I just feel I owe this department one more round of duty, you know?’ 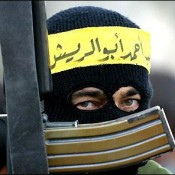 TRIBAL PAKISTAN – Authorities recently revealed that a would-be Russian suicide bomber’s vest detonated prematurely in the outskirts of Moscow. The terrorist, who was scheduled to attack Red Square, was killed in her safe house after receiving an automated “Happy New Year” text from her wireless provider. In the following days, Al-Qaeda has launched a new PSA aimed at keeping their bombers’ phones where they belong: strapped to cases of PETN and ball-bearings. The new campaign, spearheaded by New York

FAIRFIELD, IA—Despite her lack of travel experience outside the tri-state area and her inability to remember the word “Muslim” unless prompted, 78-year-old Iowan Terese Norris has risen to become an authority on the inner-workings of the terrorist network Al-Qaeda.  Norris’s counter-insurgency expertise was highlighted when she detailed the terrorist’s day-to-day logistical operations to her family as they sat around the Christmas table. Norris also notified family members that their small town of Fairfield was quietly nested in the middle of