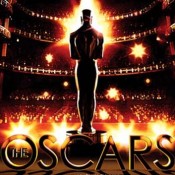 LONDON – Legendary 1980’s rock outfit Spin̈al Tap announced plans Thursday for the release of their own 11G wireless network to rival the current 4G technology operated by carriers such as Verizon, AT&T, and T-Mobile. “These other blokes are doing, you know, 3 or 4G, but we thought…why not eleven?” explained lead guitarist Nigel Tufnel, who found inspiration from his guitar amp’s volume range – which also extends fully up to 11. Technology analysts confirm that Tap’s surprise expansion into

LOS ANGELES – In a recent Pew research poll, 73% of American citizens cite new TSA search regulations as invasive and unnecessary, but found an overwhelming 98% of males polled are “strongly in favor” of the pat down option, as long as the officer is female. While we saw a strong trend at 85% of women feeling more comfortable with a member of their own sex conducting the search, almost all men responded with the same favor of women. “In

Titles For Crappy Academic Papers: An Investigation Into Why They’re Always In This Stupid Format And Have Convoluted Subtitles That Blather On All Goddamn Day

EVANSTON—Fed up with CAESAR’s tyrannical bullshit, Computer Science graduate student Andy “Brutus” Swanson vanquished the online academic portal in a carnal, adrenaline-driven massacre on Friday night. “Seriously, what the hell?” Swanson screamed at his web browser in the encounter leading up to the brutal slaying. “Yeah, sure, the class doesn’t exist even though I was just there this morning.” He proceeded to fiddle around with settings, unchecking some boxes in an effort to make his class appear in his rush