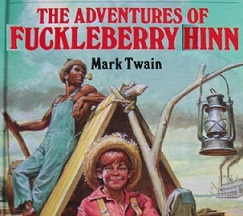 NASHVILLE – Located just outside the Tennessee capitol, the school board of the Lakewood Children’s Institute reached a decision this Wednesday to ban all copies of The Adventures of Huckleberry Finn from its premises. The administration found itself in this situation due to a long list of complaints from teachers and parents claiming that students frequently misread the book’s title and pronounced “the F-bomb” instead. Considering that Lakewood Children’s Institute teaches exclusively illiterate and dyslexic children, evidently this happened quite

NUIT strives for an even more irritating CAESAR

EVANSTON—After the release of the Inception last July, the hit film has become America’s most notorious mindfuck. Up until that point, Northwestern’s class-selecting service, CAESAR, held that title. NUIT admitted its defeat after the film hit the box office this summer. However, NUIT is not to be outdone. According to Todd Robertson, NUIT’s head technician, next year’s edition of CAESAR will not only be equally as confusing as Nolan’s film, but it will also make researching and registering for classes

CHICAGO – At a special gathering reserved for close friends and family, Chicagoland fixture Jakob Steinberg (of high-powered law firm Steinberg, Steinberg, and Bergstein) was blessed with the once-in-a-lifetime opportunity to watch his future trophy wife take her first steps. 10-month-old Sophie Czerwinska, the young lady in question, was reportedly enamored with the 46-year-old lawyer, who has been close friends with her father Victor since grade school and has been having an affair with Victor’s wife Elaine for the past

LONDON – Members of the Royal Society of London reported to have found evidence that Sir Isaac Newton first discovered that the number 80,085 looks a lot like the word “BOOBS”. While reviewing Newton’s original manuscripts, Professors Rob Ellington and David Barrow unearthed a document suggesting that the same man who theorized the fundamental laws of motion also noticed how to spell “BOOBS” with numbers. The text of the manuscript reads, “It would appear that the sum of eighty-thousand and

LONDON – Legendary 1980’s rock outfit Spin̈al Tap announced plans Thursday for the release of their own 11G wireless network to rival the current 4G technology operated by carriers such as Verizon, AT&T, and T-Mobile. “These other blokes are doing, you know, 3 or 4G, but we thought…why not eleven?” explained lead guitarist Nigel Tufnel, who found inspiration from his guitar amp’s volume range – which also extends fully up to 11. Technology analysts confirm that Tap’s surprise expansion into

WASHINGTON—In response to the false hijacking alarm triggered by a cup of spilled coffee last week, the FAA issued a statement Monday mandating that pilots use sippy cups on all domestic and international flights. “Drinking out of big-boy cups is a privilege, not a right,” commented FAA Administrator, Randy Babbitt. “When our pilots show they have grown up, they can have that privilege back.” Babbitt also announced today that the FAA would be issuing Mickey Mouse and Big Bird cups 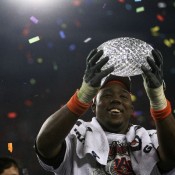 Auburn Wins All the Tostitos in the World

At press time, the street price per ounce of Tostitos chips had shot up to $1,200, leading to a resurgence of the phrase “Worth its weight in cocaine.”

Boehner Rises As Prominent Member In the House 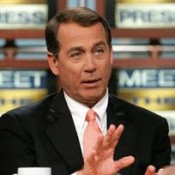