Auburn Wins All the Tostitos in the World 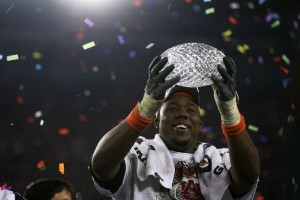 GLENDALE, AZ—ESPN commentator and NU Alum Brent Musburger declared late Monday that the Auburn Tigers have been awarded with all the world’s Tostitos-brand tortilla chips for winning the BCS Championship. Auburn, who clinched the victory with kicker Wes Byrum’s 19-yard field goal, now possesses several hundred thousand bags of Tostitos across the world.

At press time, the street price per ounce of Tostitos chips had shot up to $1,200, leading to a resurgence of the phrase “Worth its weight in cocaine.” Because all of the world’s Tostitos now officially belong to the Auburn football team, the only legal way to get them is to go directly through the team’s management. “It’s been great,” remarked Auburn head coach Gene Chizik, “Our budget now exceeds the GDP of 95% of the world’s nations. With these kinds of numbers, we’ll be able to offer potential athletes deals that they can’t refuse.”

In other news, a local soccer mom (name withheld) has made millions from black-market sales of the corn-based snack food. When interviewed by the Flipside, she said, “I want to thank Brent for this unexpected boon. I went to the mall the other day and bought literally every pair of shoes that they had. I also have plans to invest in oranges, sugar, and roses in preparation for next year’s bowl season.”