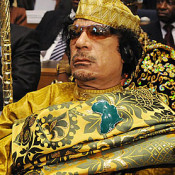 TRIPOLI – In a bold choice of evasive strategy, former Libyan dictator Muammar Qaddafi has opted to dress in normal attire in order to hide from Libyan rebels. Typically known for his bold, outlandish outfits, Qaddafi has come to the real viagra generic ization that one possible way to avoid recognition is to remove all searingly bright, leopard-print and fur-trimmed outfits from his choice of attire. In an official statement released from the Qaddafi camp, the fleeing dictator asserted, “I’ve

Time Travel Gaming in Nintendo’s Future REDMOND, WA – CERN’s highest-paying investor, Nintendo CEO Satoru Iwata, is hoping to harness the newly discovered power of the neutrino for the chance to realize his latest dream: the 4DS. This not-so-hush-hush project arrives on the coattails of a declining interest in Nintendo’s last handheld console, the 3DS. In the face of plummeting sales, Nintendo decided the fourth dimension–time–was their best bet. An American focus group, comprised mostly of 13 to 21 year

EVANSTON – Northwestern emergency response personnel were on heightened alert this past week after an abnormally high number of freshman were found frozen along Sherman Avenue. NU faculty wonders why these freshmen would subject themselves to such a high-risk journey; many, however, believe that they were given no choice. Fraternity brother Sam Coppermen spoke to the Flipside yesterday morning about the recent tragedy. “There is a serious ethical dilemma here. Freshmen need to flee to off-campus refuges to escape tyrannical 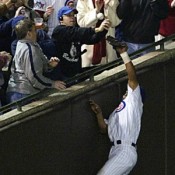 CHICAGO – A local fan is upset after learning no one cares that he cost the White Sox their final game of the year. When Bart Stevens, 28, snatched an easily catchable foul ball from directly above the mitt of outfielder Juan Pierre, he expected boos, thrown beer bottles, and crazed fans attempting to hurt him. “I was waiting to get hit over the back of the head with something or to get punched by a rabid Sox supporter,” Stevens 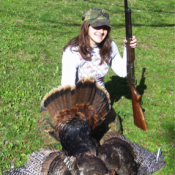 EVANSTON – Rifle sales across the country have risen as the trend of adorning one’s head with feathers has soared to new heights of popularity. Even though most girls sport only what grows from their scalp, being unique is no longer as easy as buying a fake feather from hairfeathers.com. In fact, many girls are now putting real feathers in their hair. To be viewed as true trendsetters, girls are setting down their purses, picking up their rifles, and heading 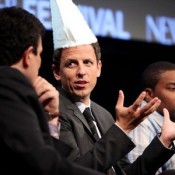 EVANSTON — The Daily Northwestern stirred up controversy recently when a gaffe by one of their reporters, who mistakenly named Seth Meyers to lead the parade as “Grand Dragon,” slipped by the publication’s copy editors. Meyers will be serving as the parade’s Grand Marshal, but many have jumped to conclusions upon seeing Meyers’ name associated with a title normally bestowed upon high-ranking members of the Ku Klux Klan. Upon reading the article, Grand Cyclops Darrol Freedman Jr. of the Evanston

CHICAGO – Groupon has scheduled a screening of Ferris Bueller’s Day Off at Wrigley Field on the first Saturday of October for the next 100 years. “It became readily apparent over the past few years that the Cubs will never have use for Wrigley Field in October,” Andrew Mason, CEO of Groupon, stated in a press conference. “They are just an incredibly shitty baseball team.” The Cubs have not had a winning record in three seasons. Despite boasting impressive household