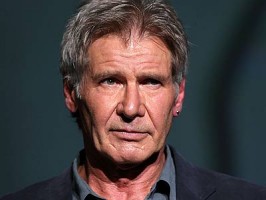 BURBANK, CA — The Walt Disney Corporation has announced that it has cryogenically frozen Harrison Ford–who portrayed Han Solo in the popular Star Wars series–in preparation for the next Star Wars movie. Robert Goldberg, a Disney executive, said in a press conference, “While Ford is a great actor, we couldn’t ignore his old age, and since we don’t want him to die on us before we start the filming process, we went ahead with the procedure.”

Fans of the Star Wars Franchise are outraged by the media conglomerate’s move, publically denouncing the company through all forms of social media. Disney’s attempts to quell the anger were unfruitful, mainly due to the fact that the company has no idea what the movies are about. For example, one fan tweeted, “Poor Han Solo, frozen again,” to which Disney replied, “What do you mean, again?”

It has also been rumored that Disney plans on building a life-size, functional Death Star and genetically breed Ewoks for the upcoming movie. “They will spare no expense to add to this great franchise,” said an inside source, who wanted to remain anonymous in fear of losing his job. “Freezing Harrison Ford is just the beginning. And it’s not the craziest thing they’re planning either,” he added, hinting that Mark Hamill, hoping to have a part in the new film, has volunteered to be frozen himself.