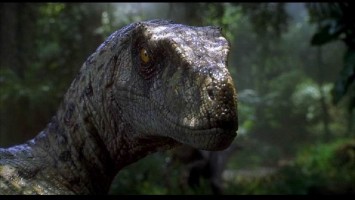 Patrick Crowley, one of the two producers, said, “This film is going to be groundbreaking. We’re going to use real dinosaurs, no more of that crummy CG-stuff audiences can so easily tell is fake. After only measurable success with the first films in the franchise, we knew we wanted to take 4 to the next level. We just need to wait for technology to catch up with our vision.”

Crowley’s co-producer Frank Marshall explained what went wrong, causing the delays. “The real dinosaurs idea is phenomenal, but it’s been tough to get around the staggering lack of dinosaurs on this planet. We tried cloning a dinosaur, combining crocodile DNA with some DNA we extracted from blood trapped in a mosquito preserved in a piece of amber, but that didn’t work. The dinosaurs were too vicious and agile and escaped from their cages and ate two of the cameramen.”

Marshall continued, “We decided to wait until cloning technology was good enough that we could combine our dinosaur DNA with a friendly bunny rabbit. Right now our best velociraptor has a little bunny tail and two floppy bunny ears. It’s super cuddly and nice and loves snuggling. It’s absolutely ridiculous, completely unusable. We had to have it shot. We need the ferocious look and the friendly personality. Cloning technology just isn’t there yet.”

Crowley added, “Worst case scenario is that we’ll just release the footage of our first velociraptors eating our cameramen.”

Crowley said he is sure Jurassic Park 4 won’t fall into the same trap the 2009 film Avatar did. Avatar was delayed 15 years so that technology could create James Cameron’s dream for the film, which had “very pretty visuals, but no compelling storyline whatsoever.”