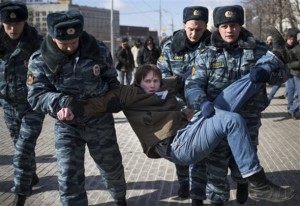 In a recent press release, the newly elected ASG President has authorized the formation of a secret police agency which will serve to protect ASG senators from being peer pressured into how they vote. The move follows a recent proposal, which would keep voting records of senators in secrecy.

According to the release, “[ASG] believe(s) that politics in Northwestern should remain a private endeavor, and that the privacy of the public servants should be protected at all costs.”

Modeled after the historically sophisticated state security agencies in the Soviet bloc, the agency will focus on counterintelligence operations with a heavy focus on sabotage of political dissidence. Under the plan, agents will infiltrate CAs and watch over resident discussions in order to prevent any political activities meant to pressure senators. Once a possible dissident organization is discovered, agents plan to use undisclosed methods of “psychological operations” in order to break apart political opposition.

While the stated purpose of the organization is the protection of senators from political oppression, opponents have pointed out the potential for misuse of covert powers is too high to ignore. According to anonymous sources, several members of Northwestern’s football team have been contacted by unidentified individuals suggesting that they should vote against unionization.

While The Flipside remains dedicated to serving the truth, the editorial staff was recently ordered by individuals who refused to be named to redact all past article criticizing ASG or face a steep cut in its annual printing budget.