STUDY: Walking with Chipotle Bag More Dangerous Than Walking With a Million Dollars 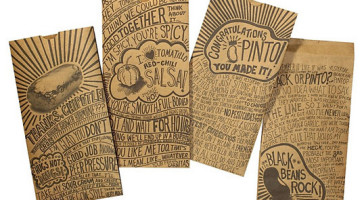 Conducted over three years, the study consisted of a one thousand person testing group and a five hundred-person control group. Each test consisted of a volunteer walking through one of Chicago’s five most dangerous neighborhoods with either a Chipotle bag or an open bundle of $100 bills totaling one million dollars.

It should be noted that when the Chipotle bags contained a burrito with guacamole on it, the rate of assault went up 1.80% as compared with the burritos without guacamole.

For the control group, volunteers carried Burger King bags and walked through the Chicago neighborhoods. Shockingly, only three hospitalizations occurred, all of which were due to the individuals actually eating the Burger King food.

“The results are astounding,” said lead researcher Albert Gorbachyov. “Sure, going into the study, I had speculation of the power of the burrito, but to have it quantified? Wow. That is something else.”

In other news, Kellogg Professor Olivia Gerwin is writing a book titled “Currency in the 22nd Century, The Age of the Burrito.”