Op-Ed: We’ll Never Forget How Maya Angelou Sat Down On That Bus 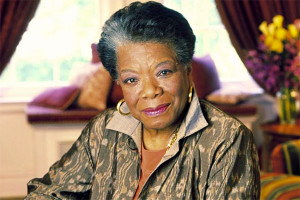 The world lost a great woman this past week. Maya Angelou, an amazing pillar of the black community and a critical activist for civil rights, has died. And though she is gone, we will never forget how she catalyzed the civil rights movement by sitting down on a bus that fateful day in December of ‘55.

It’s hard to know what to do now. Our figure is gone, our lamp in the darkness of inequality. When Martin Luther King Jr. died, when Malcolm X died, we knew we still had one bastion of justice. But now, Angelou is gone, and all of us will be sitting on buses, contemplating her legacy as we go to and fro from work, school, and everyday life, never having the courage to rightfully demand that seat.

But though she is gone, her infamous “Dream” lives on forever in our hearts. When she pioneered the March on Washington in August of ‘63, who could have thought of the impact her rhetoric would have throughout the years? Who could have thought that the Black Panthers movement she led would become the sterling example of radical social change it exists as today?

But we shouldn’t forget Angelou’s influence on culture. When she played Mammy in Gone With the Wind, she redefined the way we see black women in society, breaking ground for the likes of Halle Berry and Octavia Spencer. Her Academy Award was well deserved, as she shattered the small-minded roles the entertainment industry that had pigeonholed her people in.

Yes, we will all be mourning the loss of this amazing woman. But to heal and to move forward, all we need is to recall her amazing life and to gaze upon her visage on our syrup bottles as we eat our pancakes tomorrow morning, pondering on the complexities of the movement she helped create.