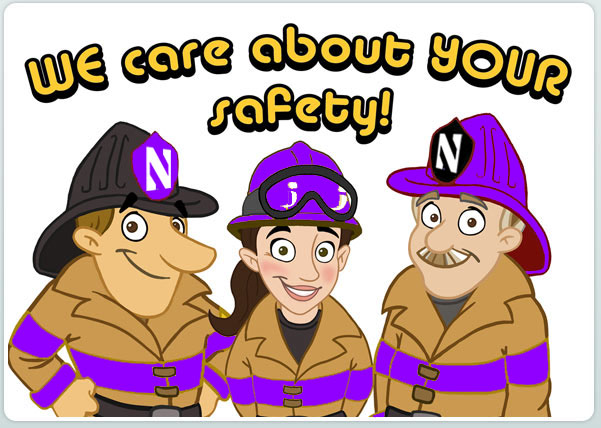 After careful planning, and a tip-off from a traveling priest from Loyola, the Evanston Police Department decided to conduct a secret raiding of select dorms on the night after Northwestern’s big win.

“About 75% of the dorm rooms were unoccupied at the time. We are still baffled as to what activities their inhabitants could have possibly been up to on a Saturday night, but that’s not important,” explained Police Chief Walter Wilson. “What is important is the imminent, life-threatening dangers we discovered in their rooms.”

Officers entered rooms selected at random, directed to do so with the utmost caution. Their piercing, white flashlights displayed various scenes of horror. Electrical cords were plugged in but not connected to anything. Charging electronics that had reached 100% hours ago were still on the chargers. Things glowed. Sex doll populations were over Occupancy.

“I dropped my taser in there, but I don’t dare go back to retrieve it,” stated one deputy.

After reading the dozens of nightmarish police reports, the Evanston City Council decided that action had to be taken in order to guide rebellious college students off of the teetering edge of certain death by raging fires. And thus, Amendment 69-lol of the Fire Code was created and broadcasted across the great town.**

In addition to things with the capability of getting warm, the following ten objects are now banned from dorm rooms for the sake of student lives:

Changes go into effect Sunday. “Our beloved college students’ safety is our most primary concern,” affirmed Chief Wilson. The E. P. D. also wishes to inform students that the next inspection will occur during winter break, but refuses to announce the date for concern of giving students enough time to hide their illegal items.

*Despite this decree of violation, the police still refuse to acknowledge prostitutes as humans.

**This new Amendment is in addendum to Amendment 420-tdfw, which enforced Evanston’s policy of outdoor designated bong-hitting areas.