Intercampus Extremes: The Trials of a Long Distance Relationship 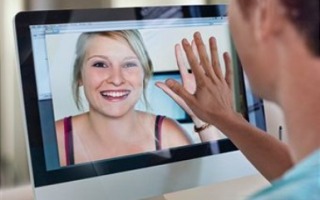 EVANSTON — The chilly weather, agitating winds and infrequent shuttles induce angst for unlucky students such as Joshua Kobles, who is forced to walk from South to North campus to visit his girlfriend. Making the trek requires a full fifteen minutes of shivering commitment.

“Yeah, it’s really tough being in such a long distance relationship. She lives in Elder. I live in Willard. Even just meeting for lunch requires planning. Today I overslept my alarm so we couldn’t meet at Norris for breakfast and then I didn’t see her for a total of 18 hours.”

The couple often tries to rendezvous in neutral, mid-campus areas such as Deering Library or the lakefill to minimize excessive walking. However, when it is cold, dark or crowded, the pair prefers to hang out inside one of their dorm rooms.

“It sucks our dorms are on polar ends of campus. Spending all that energy walking is a total waste of 100 calories, especially because she’s only on the 14-meal-a-week plan. But if neither of us have an early class, it’s easier for her to just sleepover in my room.” Kobles explains, “She even started to keep an extra toothbrush here.”

However, not everyone enjoys Kobles’s extra company. His roommate feels the bulk of the burden. “They ate my Nutella once. I often get threatening texts telling me not to come back to the room until 3 am on Saturdays. Last Saturday I even had to sleep in the lounge.”

Despite these difficulties, Kobles isn’t discouraged. “For a significant other,” he said, “you really have to walk that extra mile and be willing to make sacrifices. Well, at least you have to be willing to walk almost an extra mile. Nine tenths to be more exact.”