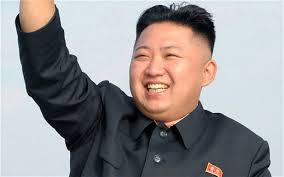 EVANSTON – When Julia Zorn was elected president of Associated Student Government (ASG), she knew it was only up from there. Only one year later, Weinberg senior Zorn is on the warpath for world domination.

“ASG is just a stepping stone. Since I didn’t win Homecoming queen, next is Prom queen. Then the world!” Zorn laughed maniacally. “President, Queen, Supreme Dictator!”

This ultimate goal of global oppression should hardly come as a surprise to the Northwestern community. While campaigning for ASG President last year, Zorn listed her political inspirations as Kim-Jong Un, Joseph Kony, and “that evil woman in Ghostbusters.” Shortly after taking office, Zorn reallocated 87% of the annual budget to the previously unfunded “military,” consisting of waitlisted prospies and non-unionized Sodexo workers.

When asked for comment, ASG Vice President Erik Watson ordered that The Flipside be “sent to the gulags.”