Ebola Tries to Rebrand Itself a Fad Diet 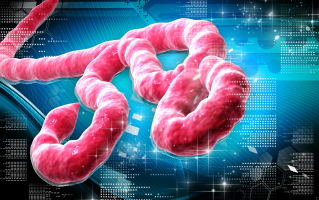 DALLAS — Americans are scared of dying from Ebola, but the deadly disease’s marketing department doesn’t seem to think this will be a problem as it tries to crack into the North American market. Eve Kohler, ex-Goldman Sachs public relations consultant, now working for Ebola, said, “All we really need to do is get boots on the ground, and I’m sure the brand will spread like wildfire.” Kohler reportedly hopes to use viral marketing to spread Ebola through the air and into every home by early next year.

The way Kohler and her staff plan to do this is to make people “realize the health benefits” of living with Ebola, according to a company spokesperson early last week. Kohler explains, “It’s like a less-extreme weight-loss supplement. Our ancestors believed in the power of bloodletting, and, the way we see it, Ebola has a similar effect. Not to mention all the weight you’ll lose, without even needing a rigorous exercise routine.”

Despite the virus’s optimistic viewpoint, Researchers have been quick to point out the flaws. “Fad diets don’t work,” said Texas A&M nutritionist Dr. Frank Elbaum. “If the choice was between stabbing myself and going on a fad diet, I’d take the knife.” Previously weight loss fads, including the Atkin’s Diet and the Raw Food Diet, have been immensely popular, and Ebola hopes to strike the same kind of success with the desperate thirty-something woman demographic.

Ebola is currently being sued for patent infringement by Smallpox and Bubonic Plague.