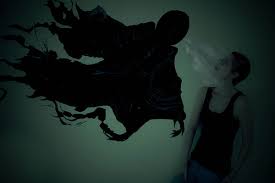 EVANSTON — Earlier this year, an event sponsored by Northwestern University’s Happiness Club was shut down by the police.  The group had initiated a game of Capture the Flag in The Technological Institute when an officer forced them to leave the premises.  After an investigative report, The Northwestern Flipside has discovered the sinister truth behind the police department’s attack on Happiness Club. It involves a joint conspiracy concocted by University Police and Northwestern’s Counseling and Psychological Services (CAPS).

It appears that these two organizations have secretly joined forces with the Dementors of Azkaban to foster gloominess among the students at Northwestern. Dementors, as many people know, are magical creatures that feed off of your negative energy, sort of like your ex-girlfriend and her friends.

The Northwestern Police Department hopes to use the dementors to keep Northwestern students from engaging in their various shenanigans.  If they’re too depressed to think, they’re too depressed to drink.  As for CAPS, the counseling service hopes to increase the number of students who use their services and thus receive more funding from the school to pay for their underground zebra jousting tournaments.

While there is not much that individuals can do to rid Northwestern completely of dementors, there are steps that you can take to protect yourselves:

Please use these tips to protect yourselves from the cops, CAPS, and their sinister plot.  When questioned about this plot, both organizations refused to respond.