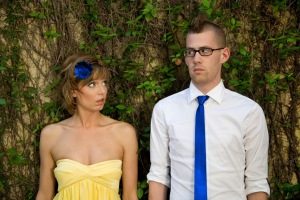 EVANSTON — Psychologists have recently identified a social phenomenon afflicting the majority of Northwestern students: heterophobia. This new disorder is defined as a persistent, disproportionate fear of heterosexual members of the opposite sex that interferes with routine functioning. A growing epidemic, heterophobia has an estimated prevalence rate of 65 percent on Northwestern’s Evanston campus.

“Although specific phobias affect about 12 percent of the general population, heterophobia is spreading at an unprecedented rate,” says Cara Waters, a professor of psychopathology at Northwestern. “While other campuses may face the rampant spread of STDs, Northwestern’s problems are more psychological in nature.”

While the etiology of heterophobia is relatively unknown, psychologists hypothesize that repeated awkward interactions with old hookups, such as post-coital encounters on Sheridan Road, evoke fear and anxiety in the patient that fosters an avoidance of the opposite sex. This direct classical conditioning creates a positive feedback loop, which further impedes social interactions such as flirting, conversing and other common social behaviors.

Although there have been limited research opportunities, proposed treatment options include systematic desensitization, participant modeling and exposure therapy. In systematic desensitization, clients are gradually exposed to longer interactions with the opposite sex, starting with acknowledgement on the street and progressing to a normal three-minute conversation. Participant modeling is when clients watch videos of people asking someone out on a date or showing public affection. Exposure theory, considered the most powerful tool to fight such phobias, places the client in a room with a conventionally attractive confederate of the opposite sex until they are forced to confront their fears and start a conversation. To prevent spontaneous recovery of heterophobia, psychologists recommend that clients have at least one social interaction with a member of the opposite sex a week.

“While students may say they have ‘no time’ to date or ‘haven’t met anyone [they] like,’ don’t be fooled by these avoidance behaviors,” Waters says. “Refer your friends to CAPS. It’s on us to prevent the spread of heterophobia.”