The Flipside’s Picks for The 87th Academy Awards 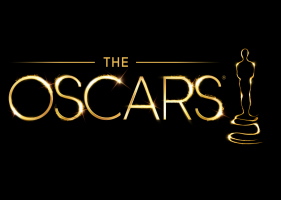 BEVERLY HILLS, CA—The Academy of Motion Picture Arts and Sciences has recently announced its nominations for the 87th Academy Awards. The competition seems especially stiff this year, as there are many amazingly talented people, designers, and movies up for an award.

With the big ceremony coming up, The Flipside decided to give its predictions for who should win the Oscar in each category:

Because, I mean, there is just no beating Spongebob’s “The” Calligraphy. Look at that style, that poise. If this doesn’t win Best Original Script, someone should definitely throw a shoe at the TV. Look at how short this film is. It is so short, that it literally displays a wet woman for maybe half of a second before disappearing. This may be the shortest film known to mankind. I know “The Wet Woman” definitely has The Flipside’s vote! This is Ping. Ping produces milk and sells it on the black market, probably because of some stupid law that says the milk must be purified before selling, or something like that. Ping is a hard worker, and he is probably one of the best, sketchiest producers of milk in all of Southeast Asia. Not awarding him an Oscar would be utter madness. 4) Best Original Song: “Jam (Turn It Up)” By Kim Kardashian We don’t know how, but one of the Orgo teachers decided to offer a makeup test to students who did not do well on the first midterm (so basically everyone). This is, no doubt, a dream come true, and I think it would only be fair to award the orgo makeup test an Oscar (although it’s not like the makeup test will be any easier #weallgonnafailagain). 6) Best Costume Design: Condom Costume
Because who said it was too late to dress your child up as a Trojan condom? Yes, he’s dead, but he wins just for being perfect as usual. Simply because her whole life is basically an act, and she’s really good at “acting” like a whiny lil’ bitch. Because have you ever seen a more perfect bagel? If we could choose one thing in this world to pick as the ultimate #foodporn, it would be this bagel. Speaking of which…