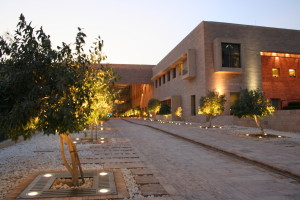 Northwestern has expressed support for this decision, and has already promised many programs to make the relocation more convenient. The Northwestern Intercampus will be adding a stop in Doha, and the Daily Northwestern will be delivered as part of the normal morning delivery route. The house has also been added as an extension to the SafeRide service area.

“Honestly I’m pretty excited,” Danny Linden, WCAS ’16 and incoming president of Beta Beta Beta, told reporters. “I live at Ridge and Noyes this year, so the new house will be a lot closer to campus for me.”