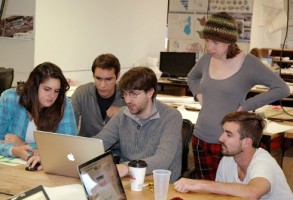 EVANSTON — After hours of deliberation, a group of students agreed on a time to meet to work on their group project.

The planning began only several days into Spring Quarter when Stephanie Tilton, WCAS ’16, emailed a WhenIsGood to the other four members of her group. When the results came back, no more than two people were ever free at the same time. She immediately sent out another WhenIsGood for the following week, but the results were the same.

At this point, Tilton started an email conversation and asked everyone to start listing the times that were best for them. The five individuals compared schedules day-by-day, searching for one hour at which they would all be free. Finally, two members sacrificed prior commitments to free up one hour on June 16, 2018.

“I know we’re probably going to have to ask for an extension on the project,” Weinberg Jill Nash, WCAS ’17, told reporters. “The professor is pretty chill, so I think she’ll be alright with it. Surely professors understand how hard it is to get people together. I just hope it won’t affect graduation. We’re all hoping to get out before then.”

In the meantime, group members agreed to contribute to a collective Google Doc and do some independent research on the topic. All five members separately disclosed that they do not plan on thinking about the project again until June 15, 2018.