Student Can’t Get Off ISIS Listserv 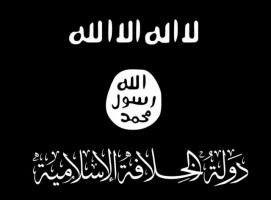 EVANSTON — Henry Griffith, WCAS ’19, announced today that despite his best efforts, he can’t get off the listserv for the Islamic State.

“When I went to the activities fair, I saw the ‘ISIS at NU’ table, and I went over to check it out. They had a cool flag and free candy, you know? I looked at their info and thought helping to establish a caliphate might look good on a resume, so I signed up for their listserv,” Griffith said.

While Griffith was initially interested in joining ISIS at NU, he soon realized he wouldn’t have time and tried to unsubscribe.

“They just wanted too much commitment, meeting three times a week and going off to Iraq on such short notice. I emailed the club secretary asking to leave the email list and he just replied with something like ‘martyrs of the faith don’t unsubscribe from listservs!’ And I can’t read half the emails anyways because they’re in Arabic, so what am I supposed to do?” he said.

Griffith also added that ISIS at NU emails clog his inbox with subject lines like “Jihad TONITE!!! University 101, free pizza!!!” and “Apply for ISIS at NU by this Friday!!! Be part of the coolest insurgent group on campus!”

ISIS at NU president Abu Ali al-Anbari was disappointed with Griffith’s decision but hopeful for the club as a whole.

“We’re sad to see Griffith go, but we’ll survive. We’re one of the fastest growing clubs at Northwestern,” he said through a translator. “Besides, even though we have an application process, we’re still more inclusive than most of the other student groups on campus. Who doesn’t want to feel included around here, even if it’s ISIS? By the way, establishing a caliphate looks damn good on a resume.”