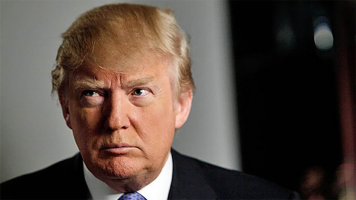 DES MOINES, IA – Just a week after Donald Trump claimed he “could shoot someone and I wouldn’t lose voters,” the Republican presidential candidate committed a different horrific crime when he molested an unnamed 9 year-old boy in rural Iowa. Although it is unclear if Trump will face charges, the news of this diddling has shot Trump’s poll numbers up 12 points, cementing his lead atop the GOP race.

Trump, when reached for comment, talked about his “huge schlong”. “A real great schlong I have on me. People say that it is the nicest schlong in the world. People say that. If you put this child-molesting schlong in the White House I guarantee you China won’t beat us anymore. We won’t lose to China anymore. Right now we lose to them in everything.”

When asked about the moral monstrosity that child molestation is, Trump discounted that claim by calling fellow candidate and Texas Senator Ted Cruz a “snivelling Canadian cunt.”

A focus group organized by CNN found that much of Trump’s polling jump following the molestation was the result of anti-establishment animosity. “Obama is too much of a pussy to even feel up a kid. It’s time for change and Donald Trump is the man to make America great again, even if it means diddling some loser from Iowa,” stated Todd Bownsford, an electrician and registered Republican from Manchester, New Hampshire.