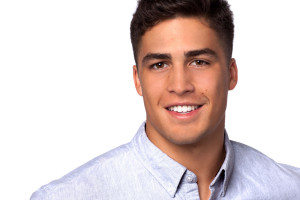 America is often called the land of opportunity, and for good reason. Many different people come to this country to enjoy equal rights and treatment, but right now there’s a disadvantaged group in dire need of help. That’s right: it’s time for paid fraternity leave.

What’s paid fraternity leave, you ask? It’s a policy to recognize the inherent rights of frat stars all across this fine land. If a top-tier fraternity man wants to take extended time off from school or work to pound back some cold brews with his bros, he should be ensured the financial stability necessary to do this.

All too often, brothers and pledges alike are unfairly punished by their employers and professors for simply wanting to spend several months in a row playing beer pong, pulling hot bitches, and hazing the shit out of each other. Is this too much to ask? I think it’s time we recognize that mandating paid fraternity leave is only fair. It’s even natural! Fraternal instinct can’t be held down for long, after all.

Even more ridiculous is the fact that the United States is the only country in the world without paid fraternity leave. Other, non-American, countries are just like pussy-ass GDI’s but with representation in the United Nations! America, we’re better than this. This country is the most top-tier country in the world, and it’s time we start acting like it.

So in conclusion, paid fraternity leave will end discrimination based on Greek affiliation and make our society better because of it. Then, when you see a frat bro doing a kegstand on a Tuesday afternoon, you can know he’s getting what he deserves.