Nate Silver Correctly Predicts Next One Book, One Northwestern 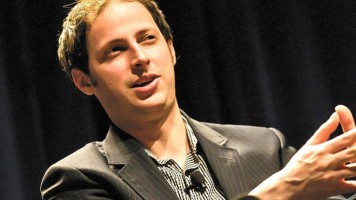 EVANSTON – Sources have recently confirmed that FiveThirtyEight founder and famous statistician Nate Silver has once again correctly predicted which book One Book, One Northwestern will use for its incoming class of freshmen. During recent debate over which book will be chosen for the class of 2020, Nate Silver announced that based on recent polls and demographic trends, he was led to believe that his book, The Signal and the Noise, would be chosen.

“All our models are predicting that my great book will be chosen by the campus,” said Nate Silver, “clearly, it makes perfect sense, given the election year and how badass I am of course.”

Following the announcement, One Book, One Northwestern director Lauren Thompson said “the faculty had decided that Silver’s book was our best option, as he did predict that we would choose it, and who are we to argue with Nate Silver.” Recently, Nate Silver has been running models to determine how effective ASG is in creating real change, but despite repeated iterations of the model, the math has been converging near zero.