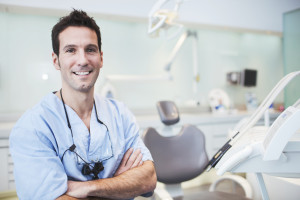 EVANSTON – A spokesperson for Health Services at Searle Hall revealed today that the group’s health professionals exclusively use WebMD for both first and second opinions on all medical inquiries.

“By using the top-rated and always accurate medical database WebMD, my coworkers and I have really been able to speed up the process of diagnosing our patients,” said Dr. Holly Aims. “We can get students in and out of here in no time with a clean bill of health.” Aims also noted that using the website would save future employees from having to spend  thousands of dollars on  medical school.

Despite the positive disposition of Searle’s medical staff, many students are allegedly infuriated by this process.

“I went in for a routine check because I was feeling a little off,” said Shelly Carson, WCAS ’18. “As I was telling the doctor my symptoms, she was quickly typing them into her iPhone, and when I finished, she immediately told me I had cancer.”

Shocked by this admission, Carson demanded a second opinion. The doctor agreed, but proceeded only to reenter the symptoms into the search bar and come to the same conclusion.

“I know I am not a medical professional,” said Carson angrily, “but I’m pretty sure a runny nose does not usually mean one has cancer.”

Since this appointment, Carson has visited what she calls a “real doctor” at the North Shore hospital for another opinion. There she was assured that her symptoms were merely those related to the common cold.

Despite this misdiagnosis and multiple others, Searle stands by WebMD and maintains that the website’s medical expertise is everything the facility’s health professionals need.