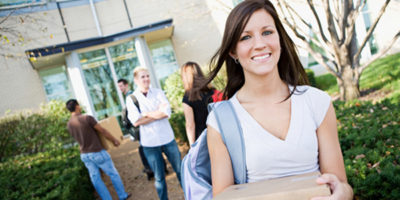 Early on Saturday morning, Kassidy Ruben, WCAS ’20, set up a chair and parked herself, and her big fuck-off axe, right outside the communal laundry room of Shepard Hall. Saying she was sick of having to wait “every goddamn time” to do her laundry in the one functioning machine, Ruben has decided to make her most aggressive move yet to beat out anybody trying to steal her spot in line.

When, for the third time in as many hours, she found the washing machine in use despite checking the dorm’s laundry room sign-up sheet for vacancies, Ruben took a chair from the basement lounge, grabbed the axe from behind its Do Not Break glass, and began her sit-in. “Oh, I totally intend to use this,” Ruben said when questioned about the fire axe resting on her lap. “Nobody is going to keep my three weeks’ worth of sweatpants out any longer.”

The story broke when dorm-mate Kamala Velazquez, WCAS ’19, reported Ruben staring at her from her chair in the doorway. “I was going to move my whites out of the drier when I saw that axe in her lap, and then I just nope’d outta there.” When asked to describe what it was like, Velazquez said, “It’s like going near the dog bowl of a hungry pit bull No thanks.”

Velazquez’s load of wash had finished five minutes before she had come down, but Ruben had already piled it on top of the machine by the time she got there. With thirty minutes left for the last cycle, Ruben said she would put the axe back once all of her clothes were piled in her hamper. “A little bit of patience won’t get anybody hurt.”