Prospie Disappears in Tech, Building Will Not Erupt This Year 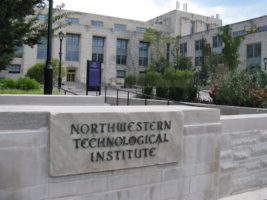 High school junior Mel Lansing, currently enrolled in AP Environmental Science, visited Northwestern’s Evanston campus this past Friday eager to check out the earth sciences department in the second largest building under five stories. But, as with every incoming student and most people with Ph.D.’s, she overestimated her ability to navigate the labyrinthine Northwestern Technological Institute and quickly got lost, last seen somewhere near the basement F-Wing, though eyewitnesses themselves weren’t entirely sure where they were.

In what we have been assured is entirely unrelated news, the earth sciences department announced Friday afternoon—about 15 minutes after Lansing’s parents realized she had split from their tour group—that there will be no chance of lava, ash, pyroclastic flows, or boulders getting launched violently from the building this year. Several professors and an ensemble of grad students in matching ceremonial robes declined to comment in startling unison when asked if Lansing had been there to witness the scientists’ discovery.

Tech does not lie along any known tectonic fault lines, hot spots, or other geologic phenomena where one could possibly encounter volcanic activity, and yet, according to geologist Ilma Alko, there is “some phenomenon present within the building that could explode with the violent energy of a thousand failing orgo students.” When prompted to elaborate, Alko explained that, while the mechanism was unknown, there was nothing to worry about, since the department has figured out a method for preventing the building from accumulating dangerous levels of superheated gas.

NUPD has begun combing through audio collected from the listening devices installed in random lockers, but as of yet there is no plausible explanation for why Lansing has gone missing. After all, who the hell would plausibly think that Tech would erupt if not regularly fed human sacrifices?