Report: Sophomore Planning to Major in “Whatever Fits” 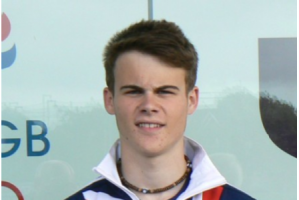 After taking classes in various departments in various schools, area sophomore Kevin Ming is reportedly planning to major in “Whatever fits.” He came to this decision after realizing that he felt entirely ambivalent about every single course he had taken over the past two years.

“It’s just like whatever ya know?” said Ming. “I’m into Poli Sci, sorta. I guess. But I also think bio might be cool. Oh and journalism could be interesting. Honestly, who knows?” He claimed that nothing has clicked yet, so he can’t make any commitments.

Sources close to Ming say that he definitely isn’t kidding about this whole “whatever fits” thing. “He never frets about his registration time,” said Ming’s friend, Jenny Queen. “He’ll forget about it till Friday night and end up in this weird hodge podge of classes. I have never met a chiller person in my life. As long as he doesn’t end up in a stats class, he’s cool.”

This quarter Ming is enrolled in astronomy, theatre, chemistry, and history courses. “I know none of this stuff goes together, but I’m into learning more and shit,” he said. “Who knows? Maybe something will finally stick. But if not, oh well. I’ve got time.”

When asked if this worried him it all, Ming just shrugged. He simply hopes the pieces will fall into place by spring quarter his senior year. If not, he’ll just keep on going with the flow, whatever that means.