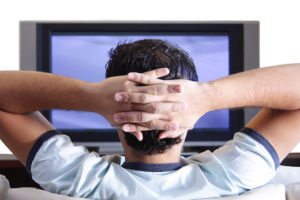 The residents of third floor Bobb are in complete shock after learning that local player and WCAS freshman Jake Ericson was never actually having sex. A group of curious dorm-mates launched a small-scale investigation trying to figure out who these mystery girls were that had been making visits to room 328, and why they had never actually been seen. To their surprise, the investigators found that Ericson had actually been using these 2-3 hour blocks of time to watch Gossip Girl.

“I feel blindsided,” his roommate told reporters. “The first time he locked me out and I tried opening the door, he yelled ‘don’t come in!’ with an alarming amount of panic in his voice, so I naturally assumed he was in there with a girl. After a few more incidents like this, I decided to just wait it out any time the door was locked and let the man enjoy his college experience.”

While most residents were astonished by the news, Christy Scott, who lives down the hall, said she’s not that surprised. “I just started watching the show. I was talking about it with my friends in the lounge the other night, and he just walks by and ruins the last episode for me by telling us who Gossip Girl is. I was pissed.”

Flipside tried reaching out to Ericson for comment, but instead was faced with a locked door and the faint sounds of the 90210 theme song coming from inside the room.