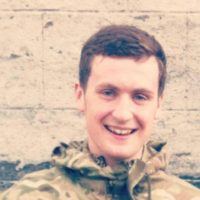 After nearly 4 months of neglect, a team of volunteer search and rescue workers were able to locate the emaciated social chair of an undisclosed Northwestern journalism club, Richard Freitag, WCAS ’18, curled up in a dumpster behind the local Chicken Shack. The wary, near feral, member of the club’s executive board had used the last of his money bankrolling fundraisers and had been reduced to fighting with local raccoons for chicken scraps. Fortunately, the team of volunteers was able to convey that while Freitag was not being reimbursed, enough time had passed that he had qualified for federal aid in the form of food stamps.

“I’d like to see those crafty raccoons get their hands on these!” said Freitag, clutching the tickets to the first warm meal he’d have in months tightly in his hands. “You don’t see them coming y’know.” He continued. “One minute you’re gnawing the bones of the midnight chicken rush and the next their little hands are snatching away your first meal in days. Little, thieving hands.”

Sources close to Freitag report that after receiving the aid, he proceeded to run on all fours to the nearest Jewel where he purchased as many cans of American Tuna brand canned tuna as the government would allow. He was last seen taunting raccoons, triumphantly holding the sealed cans and exclaiming, “let’s see your little thieving hands open these you sneaky pricks! Looks like you’re going to be the hungry boys tonight!”

The Northwestern community wishes Freitag a quick and healthy re-integration into normal society and hopes that the temporary assistance will relieve his raccoon-based paranoia built up over these several trying months.

At time of press, Freitag still has yet to receive any financial reimbursement and has had most of his tuna stolen by raccoons using the old bait-and-switch technique.