Cute Girl You Know Into Some Weird Shit 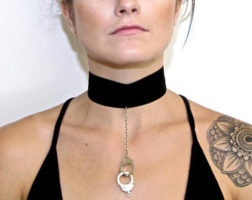 After actually talking to the girl he’s been crushing on since Sheil’s First Night, Weinberg sophomore Alec Lindon learned that the cute girl he knows is into some weird shit. Lindon managed to catch her off guard after their discussion section for Econ 210 and, while first discussing what to study for the next midterm, Lindon recognized that the conversation was going in a different direction.

“You know, at first I was just glad to have a conversation with her that wasn’t about Econ but then it devolved into some really weird shit. And that was just after asking her how she’s been.”

The conversation to a sharp turn from safe topics like movies and TV shows they watch to the kinkiest foreplay fantasies she planned in her spare time. “I was trying to build up to asking her to see if she wants to see the new Spider-Man movie, but then she started talking about what she would do if webs could come out of her, uh, hands.”

When asked for comment the girl Lindon is attracted to, who asked to remain anonymous, stated that her lack of life experiences had shaped her preferences in her love life. “Growing up in a well-to-do neighborhood with loving parents and nice lifestyle made me realize just how sheltered I am. Sometimes you just need to get a little bit freaky to really live y’know? A little pain never hurt anyone.”

While some would just avoid talking to a girl like this after hearing what she is into, Lindon has persisted in making a relationship happen with her, as he has stated, “What could go wrong?”

Lindon has since invited her to the movies and made his move. He was last seen being dragged out of Annenberg Hall half-naked and covered in some form of water-based personal lubricant.