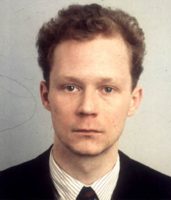 In a breathtaking satanic blood ritual, dual-degree student Richard Kazarki, Bienen-WCAS ’25, sacrificed his personality in order to successfully register for his 6th and final credit, Economics 201. Kazarki, who reports described as having pale, bluish-purple skin from failing to eat for weeks on end, slipped a dead rabbit head into his advisor’s purse in the elevator on her way to her office in the Ryan Center for the Musical Arts to seal the deal.

Kazarki intends on finishing his two degrees in four years, and is well aware of the challenging road he has ahead of him. “My advisor was very supportive! She only asked for my willingness to sacrifice my personality for the cause of fulfilling the requirements of the dual-degree program, a pretty small price to pay if you ask me,” Kazarki stuttered as his voice went deadpan, “I was never really that attached to my personality to begin with.”

“Honestly I’m only in this program to expedite the process of my death, get two sheets of paper from Morty, and go into the real world with no real achievable path for my life goals. Sacrificing my personality to the devil was almost, like, a given for me,” Kazarki stated lifelessly, blood now pouring out of his ears and mouth, eyes staring blankly into the abyss of his mind.

Kazarki initially was not intending to take more than the standard 4.5 credits, as his advisors didn’t see enough “&” in his blood tests. He assured Flipside that the sacrifice to Satan would be the final step in getting the adequate amount of “&” for his DNA.