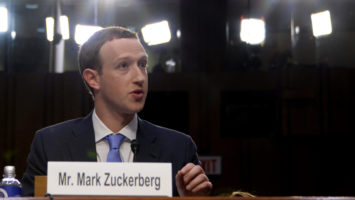 After many grueling hours of interrogation, Mark Zuckerberg escaped the cramped confines of the US Capitol to stretch himself out on a warm, flat rock on the lawn on Capitol Hill. Blinking contentedly, Zuckerberg allowed the warm rays to heat his body and reduce the stress that came with human interaction.

“If [Zuckerberg] addresses issues of national security for too long it really takes a toll on his body,” stated Facebook insider Doug Granbull, “he needs the sun to raise his body temperature to the optimal algorithm-writing temperature.” Doctors estimated his body temperature to fluctuate between 73 and 99 degrees Fahrenheit but have been unable to confirm this theory as Facebook refuses to release his information.

Testimony quickly resumed after Zuckerberg refreshed himself by dislocating his lower jaw and slowly swallowing a rabbit whole.