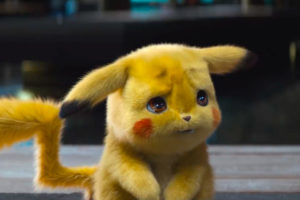 Despite public outcry from video gaming community at large, Warner Bros. Pictures was forced to cancel the upcoming Detective Pikachu movie after finding that Pikachu’s interrogation tactics are in direct violation of the Geneva Conventions.

The furry yellow mouse-like creature was found to be utilizing electric currents of unbelievably high voltage in an effort to “Pika Pika Pika Pika,” a phrase that roughly translates to “Get those fuckers to confess.”

The actions of such a famous movie star and celebrity figure have horrified Hollywood Executives. “He’s literally been electrocuting his suspects!” said an unnamed Warner Bros. exec. “That’s inhumane torture. We at Warner Brothers will not validate the actions of a psychopath, and we are canceling our movie deal with Mr. Pikachu.”

“How exactly did this movie get green-lit?” said a member of the Fox Searchlight team. “Mr. Pikachu is quite open about using his electrical powers on even innocent Squirtles. He’s a maniac. How did Warner Brothers not realize that this would turn out very badly? I just hope that they find a way to put this vigilante madman behind bars.”

Unfortunately, law enforcement may have a hard time convicting Pikachu. While the FBI is asking his victims to come forward, Mr. Mime has yet to say anything.