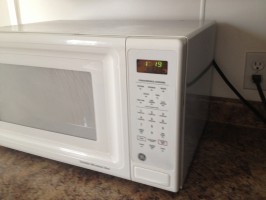 As winter break dorm inspections draw near, Weinberg sophomore Keith Harding announced plans to prevent his RA from confiscating his microwave by burying it inside a 50-lb bag of cocaine.

“I really like the convenience of having a microwave in my room, but I’m technically not allowed to keep electrical appliances in here,” said Harding, a frequent re-heater known throughout South Campus as an instant oatmeal plug. “Boy oh boy, this ought to fool them!”

Northwestern Residential Services acknowledged to the Flipside that this approach would likely be successful. “I just get paid to look for the really dangerous, illicit stuff, like extension cords and electric kettles,” said an anonymous Residential Services staffer. “We aren’t here to look through students’ personal belongings, like drug stashes or munitions stockpiles. If a student wants to store 50 pounds of blow in a residential facility, that’s their business…unless, of course, the student keeps it stashed in a Keurig. I gotta confiscate those.”

At press time, Harding floated the idea of leaving prohibited items out in the open in the hope that Residential Services would label him a danger to himself and others – possibly the only way to get an appointment with CAPS.