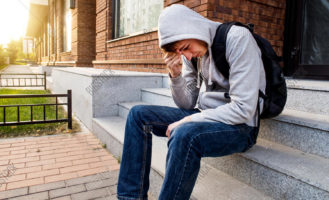 WCAS junior Keith Primis was found deeply traumatized Friday afternoon after a casual greeting from a former member of his PA group. The greeting was the culmination of several weeks of uncomfortable eye contact as the two passed each other on campus.

“It’s like he knew that Goldman rejected me,” Primis tearfully told reporters from Mudd Library’s official emotional breakdown room. “My mom keeps telling me that college is where you’re supposed to meet the one, but not a single girl commented on my new sweater-vest in discussion section yesterday. And I’m starting to think my fraternity brothers might not be a great emotional support system.” Primis then returned to sobbing while writing cover letters.

“I don’t understand why he was so upset. He’s only taking four classes alongside his two jobs, student government position, club leadership, and fraternity commitments,” commented the jeering crowd that promptly surrounds any Northwestern student that shows any sign of having overextended themselves.

The Northwestern Flipside has made an appointment for comment from CAPS and will update this article accordingly in May.